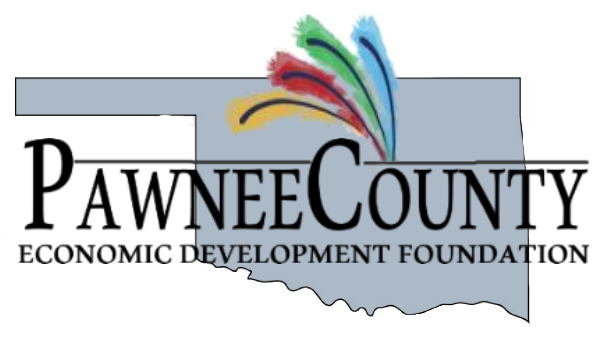 Where the West remains

The Pawnee Agency and Pawnee Boarding School were established after the Pawnee tribe came to this area in 1875. The Pawnee Agency was designated as a post office on May 4, 1876. The area was opened to non-Indian settlers on September 16, 1893, during the Cherokee Outlet Opening. Townsite Number Thirteen (later Pawnee) had been designated as the temporary county seat. The post office was redesignated from Pawnee Agency to Pawnee on October 26, 1893. The town incorporated on April 16, 1894. On September 9, 1895, the townspeople dedicated a stone county courthouse.

The Eastern Oklahoma Railway, which later became part of the Atchison, Topeka and Santa Fe Railway, built a line through Pawnee between 1900 and 1902. In 1902, the Arkansas Valley and Western Railway (later the St. Louis and San Francisco Railway) also built a line through the city. The railroads enabled Pawnee to develop as an agricultural trade center. The population was 1,943 at statehood in 1907.

Pawnee continued to develop during the Great Depression, largely because of Federal works projects. A hospital to care for the Ponca, Pawnee, Kaw, Otoe, and Tonkawa people opened January 15, 1931. A new school building at the Osage Agency opened in 1932. The federal government built a reservoir named Pawnee Lake in 1932. A new county courthouse was also built in 1932.

After the Cherokee Outlet opening, a homesteader by the name of Willis H. Herbert established a town named Herbert by opening a post office on the current town site of Cleveland on October 28, 1893. The Post Office department subsequently withdrew the approval of the Herbert post office. The post office was then moved 100 feet, and reestablished under the name Cleveland, named in honor of then President Grover Cleveland on April 19, 1894. By 1900, the town’s population was 211. Before the discovery of oil in the area, the town served as a trade center between the local farmers and the Osage Tribe who lived on the reservation on the other side of the Arkansas river.

In 1904, a railroad line owned by the Missouri, Kansas and Oklahoma Railroad (later known as Missouri, Kansas and Texas Railway or Katy) from Oklahoma City reached Cleveland and crossed the Arkansas River into Osage County. On May 27, 1904, the first oil well was spudded near the community, and it caused an influx of oil workers and other people. At the time of statehood in 1907, Cleveland had 1,441 residents.

Ralston was originally known as Riverside because it was located on the west bank of the Arkansas River, and a post office was designated on June 15, 1894. A railroad and a bridge soon connected Ralston with outside markets.  In early 1927 the Osage County and Santa Fe Railway (later, the AT&SF) built a line from Pawhuska (Osage County) to Ralston, connecting it to the previously completed line from Newkirk to Ralston in 1902.

On March 16, 1903, territorial Gov. Thompson B. Ferguson signed a legislative bill authorizing the incorporation of Ralston. An early, short-lived enterprise was started by Charles Dodson, who mined coal nearby and sold it to townspeople. Due to Ralston’s close proximity to the Osage Reservation, where liquor was banned, saloonkeepers derived a thriving business before 1907 statehood and prohibition. In 1903 seven saloons operated on Main Avenue. By 1909 three banks, two weekly newspapers, and a public school served the community. Nine years later the town had evolved into an agricultural trade center that offered a cotton gin, a sorghum mill, and two elevators. In the 1930s a cotton gin, a broom factory, an elevator, a wholesale oil company, and a sand company operated. During the early 1930s outbound shipments consisted of grain and sand, and inbound brought livestock, fuel, and general merchandise to the community. Between the mid-1940s and 1950s a blacksmith, a sand and gravel company, and a petroleum products and implements company as well as grocery stores and gasoline stations served the Ralston area.